The Funicular is the star of the book I thought I'd show you some other places you will come across
Saltburn Pier DI Dixon and Higgins take a few strolls along the pier enjoying a Lemon Top.
Silent Man takes Bob fishing, what he catches gives him another piece to the puzzle.
Scraggs took Bob and his dog Slaven to Marske graveyard where Lizzy disappeared.
Did Scraggs really surf through the pier's legs on a monster wave?

'What Is Truth When The Past Is A Lie?'

Funicular is a police procedural full of mystery and intrigue, embark on a mystery thriller where even the past can't be trusted. Based in the stunning Saltburn-by-the-sea, North Yorkshire, UK. Join Detective Inspector Bob Dixon as this London copper heads up to the North Yorkshire coast to work his retirement, or so he thinks.

This urban fantasy mystery takes place in and around Saltburn's funicular cliff lift, with Saltburn peir, Teesside parmos, sufing and even a lemon top or two make an appearance. So if you like a good old fassioned police procedural with strange paranormal vibes, then buckle in for the ride of your life.

This mystery urban fantasy novel is available on Amazon as a Kindle ebook, Paperback book, Audible book and FREE on Kindle Unlimited.

Funicular is a police procedural mystery thriller is based in and around Saltburn Cliff Lift which is a funicular railway in Saltburn-by-the-Sea, Redcar and Cleveland in the ceremonial county of North Yorkshire, England. It provides access to Saltburn Pier and the seafront from the town. The funicular cliff lift is the oldest operating water-balance cliff lift in the United Kingdom.

Saltburn's funicular was constructed between 1883 and 1884 to replace a vertical cliff hoist, which was used to transport passengers up and down the steep north-facing cliff between the town and the pier. It improved access for tourists to the seafront and beach.

After his life is threatened, DI Bob Dixon leaves London hoping for the quiet life in the northern village of Saltburn-by-the-Sea. But when he takes on the case of young Lizzy Scraggs, missing since a huge tide hit Saltburn six years earlier, he embarks on an investigation that will push him to the very edge of reason. 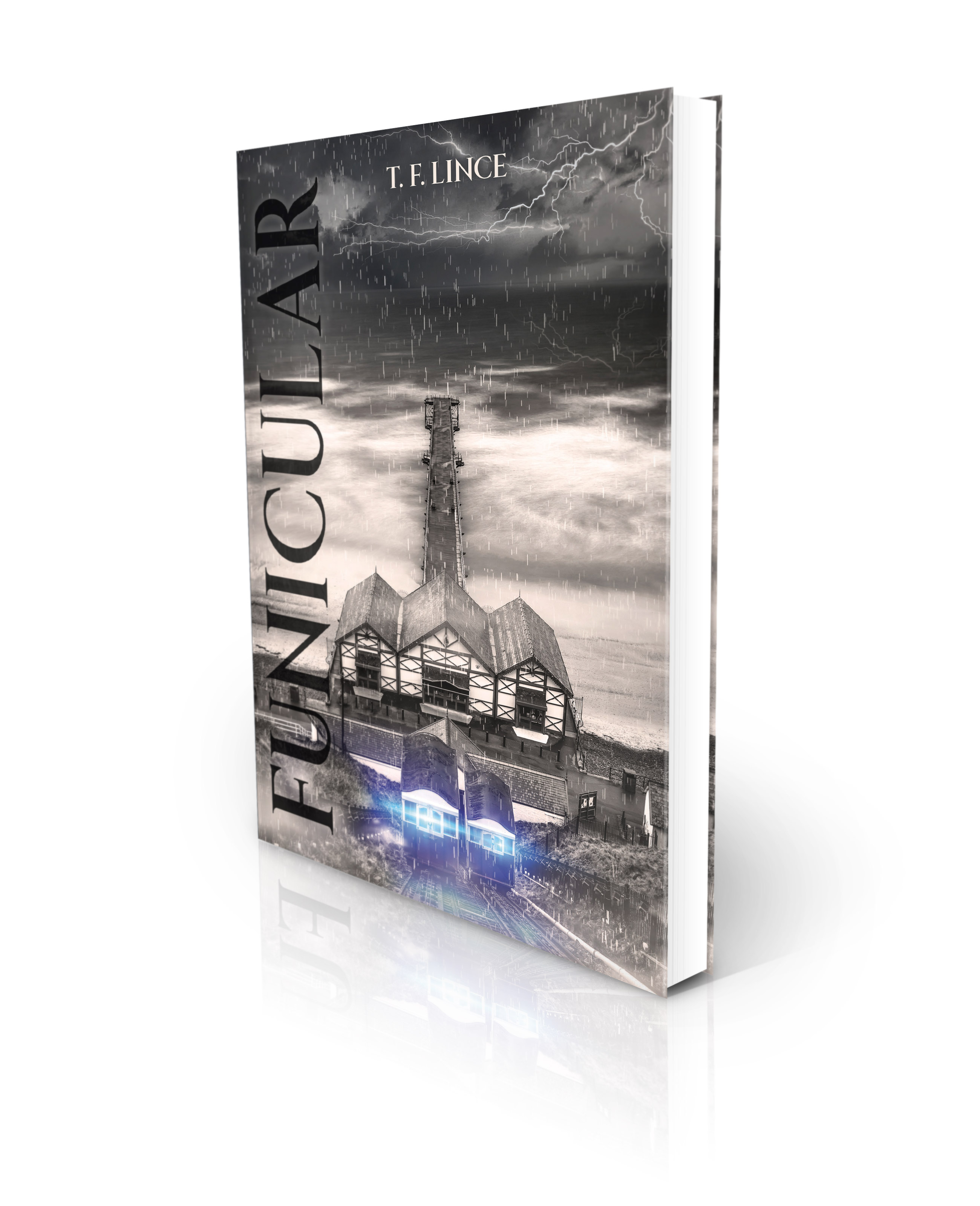 Out on the beat, Bob learns the legend of the funicular car that left the top of Saltburn’s famous cliff lift many years ago carrying two passengers, and arrived at the bottom empty save for an abandoned ticket. And every big tide since has seen another local child disappear.

Feeling increasingly manipulated by a shadowy nemesis, Bob struggles to make sense of the seemingly impossible clues before him. How can the dead live again? Who is the tortured man haunting the churchyard in nearby Marske? And with the next massive tide just hours away, can Bob solve the puzzle and bring an end to the tragedy of Saltburn’s missing children?


Click 'Buy Now' to obtain a copy of this mystery police procedural thriller that will blow your mind. This book is avaiable on Amazon in the following formats; Kindle e-book, Paperback book, Audible book.